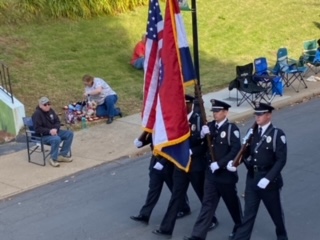 The City of Florissant held a Veterans Day parade on Nov. 7. (Mora Arzuagas)

The City of Florissant held a Veterans Day parade on Nov. 7. 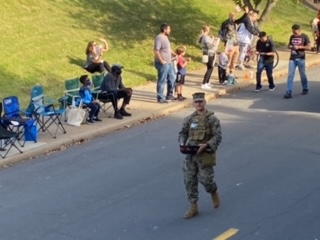 One of the most important days of the year, Veterans Day, is the date of November 11. Veteran’s day is a federal holiday that is held on the anniversary of the conclusion of World War I. Veteran’s day is a day to honor the veterans that have served and the victims of all wars.

World War I started in 1914 after the killing of Archduke Franz Ferdinand of Australia. His assassination caused a 4-year long war across Europe. The Allied powers (Great Britain, France, Russia, Italy, Romania, Japan, and the United States) claimed victory against the central powers (Germany, Austria-Hungary, Bulgaria and the Ottoman Empire). On the 11th hour of the 11th day of the 11th month of the year in 1918, a formal truce was made between the Allied nations and Germany. November 11th became a legal holiday in the United States in 1938. After the ending of World War II and the Korean War, Veterans day became known as Armistice Day in France.

Every year there are many parades for Veterans Day. To express appreciation for people who served for our country, you can show up to parades and fly a flag, the correct way of course, or you could donate money to fundraisers. Made By Lia is a bakery located in Florissant, at that bakery they held a fundraiser on November 7th, 2021 at the Veteran’s day parade.

At the Florissant, Missouri  Veterans day parade on November 7th, you are allowed to sit on the sidewalk by the street to watch the parade. In the parade, there are police cars and motorcycles to get people and animals out of the street before the parade begins. After people are out of the street, the parade begins. There are police cars and motorcycles, girl and boy scouts, dancers, gymnasts, and nursing home buses. The veterans in the parade get driven through the streets, some pass out candy. Floats with candidates are also shown within the parade. You can see Shriners driving little cars to entertain children. A golf cart section is also in the parade. Many veterans hang out at the VFW, a veteran hall and place to grab a bite.

Make sure to honor veterans and thank them for their service on this day, if not every day, of the year.