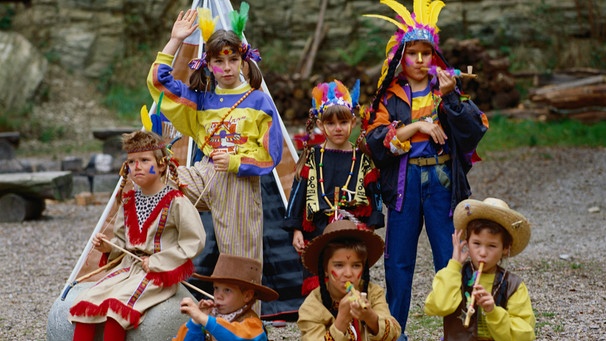 Although many costumes depict the attire of Indigenous People, this act is oppressive and reflects ignorance and disrespect amongst its participants.

Holidays throughout the world, throughout different regions differing and varying in their traditions and their specific heritages, all have an immense impact on culture and contribute to our perceptions of these areas, and their people. While respecting other people and their cultures is an essential part of creating and maintaining unity within the vastly populated world, this does not often translate into being executed nearly as often as it should be. Holidays from other cultures, that countries and regions have taken and changed into their own adaptations, also can create significant issues, especially surrounding respect.

Halloween, an essential tradition now consisting within American Culture, originated as an ancient Celtic Festival from the name of Samhain. People would light bonfires, and wear costumes to repel and ward off ghosts. In the eighth century, Pope Gregory III then declared November first as a day to honor all saints. This day incorporated some of the traditions of the Celtic Festival of Samhain. The night or evening before this day was known as All Hallows Eve, which evolved into the title as well as the holiday we now know as Halloween.

One of the main traditions we have kept throughout the evolution of this holiday and is a major token of this day, when thought of, is dressing in costumes. Costumes throughout decades and centuries often reflect the social aspects of the current time. A prominent issue within this matter is the misrepresentation, disrespect, and false stereotypes that are often associated with different cultures, and are then exploited and sold as costumes to consumers throughout the world. Some of these costumes include mocking cultures, races, or social groups, which all create adverse effects and relations to the people affected or subject to this malefaction.

Costumes that display negative, inaccurate, racist, sexist, or reprehensible archetypes consist within many realms. Some of the most seen costumes include erroneous depictions of cultures such as dressing up as an “Indian,” Hawaiian themes, the modernized illustration of witches, dressing up as characters from books or movies that inaccurately represent people of other cultures such as Moana or Aladdin or Jasmine, if you are not of that culture, Halloween attire wrongfully portraying and mocking races and ethnicities of people, and people pretending to be of a different culture through a comedic aspect such as wearing Sombreros, emulating a Mariachi Band belonging to traditional Mexican Culture.

Without suppliers, such as stores and party supply franchises, along with the willing participants partaking in this, the issue and its impact surrounding this matter could not be executed nearly as efficiently. The ignorance that is often displayed throughout this holiday, is commonly fueled by the willingness that is not found to change. A contributing factor to the irreverence other cultures and respect towards other human beings, especially concerning this matter, often stems from the inability to acknowledge one’s privilege, whether it be racially or socially, and as a result, they are not affected by their decision racially.

The adaptation and evolution of this holiday people think of today, can be positive as easily as it can make a negative impact. The correct way to enjoy this holiday, while expressing yourself, as well as your avocations and interests, consists only of respecting other cultures, people, and not contributing to false stereotypes and idioms through your festive attire. In doing so, people are communicating to others, their care and consideration for them, as well as their personal likings. Halloween can be a holiday of jollification and enjoyment amongst our world and vast population if we follow these simple steps, which takes only human decency, therefore contributing to a kinder, more respectful world for perpetuity.