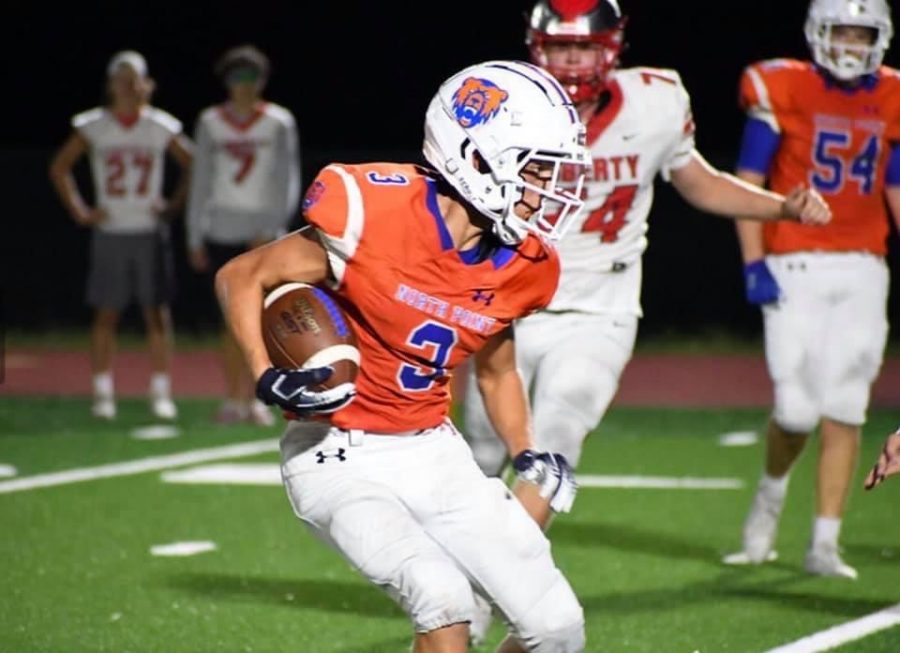 Trey Trennepohl (’24) carries the ball down the field at the Liberty game. 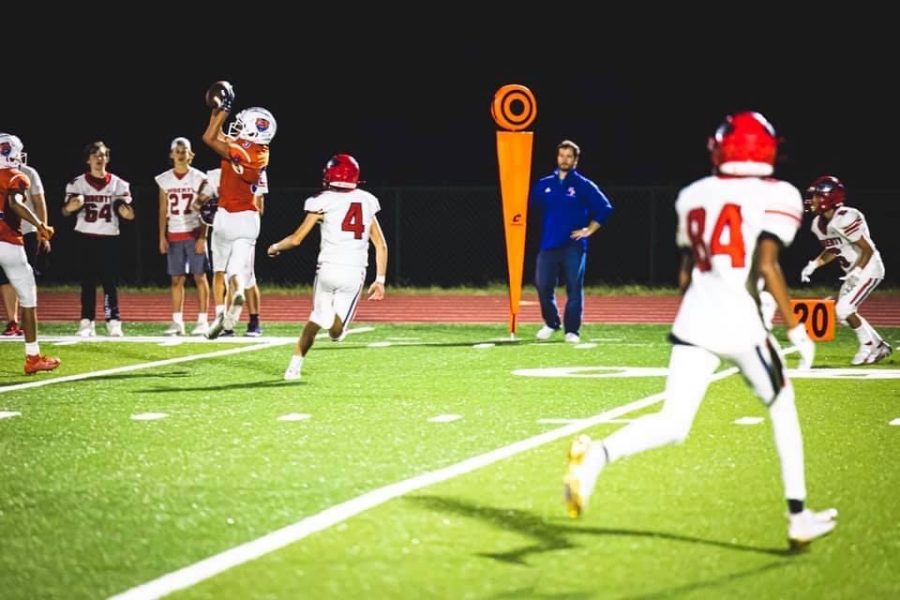 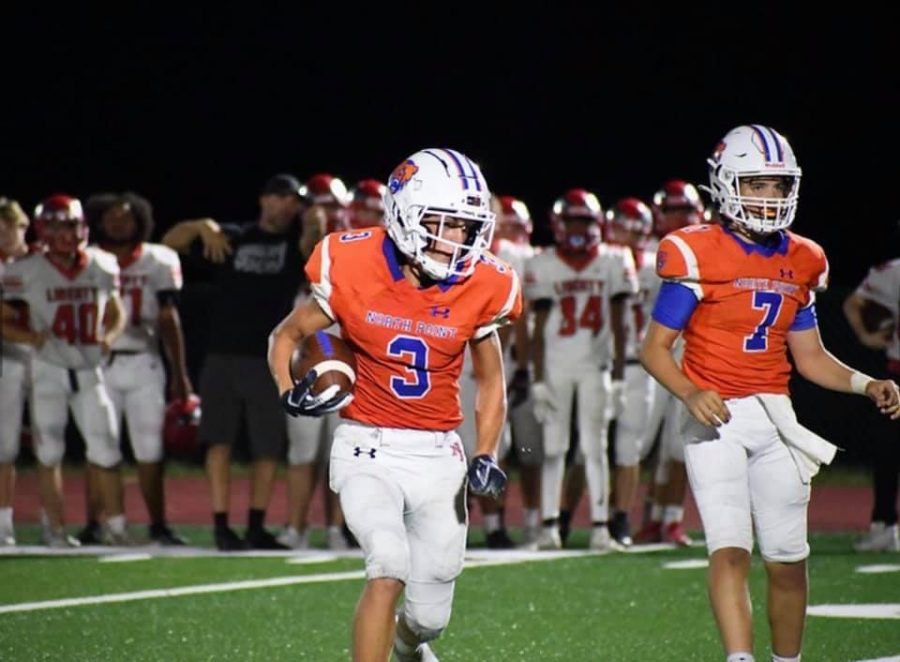 The weather was beyond perfect, not too hot, not too cold, and the night was amazing for the football team. They won 8-0 against the Liberty Eagles.

The boys football team has been doing  a great job with their sportsmanship and making sure they are putting 100% of themselves into the game.

“We came in with a nameless attitude,” quarterback Hoyt Gregory (’25) said. “The reputation with us and programs in the past didn’t matter. We came to build a name for ourselves with our new program.”

With the Grizzlies winning all of their games so far, this was no surprise to anyone. There is one player, Trey Trennepohl (’24), who stood out for the team.

“His route running, his speed, the way he gets away from defenders is amazing,” middle linebacker Riley Deslatte (’25) said.

However, everybody on that team worked so hard to achieve this win. Gregory threw the touchdown pass to Trennepohl and Deslatte scored the two-point conversion.

They spend hours on hours everyday practicing to better themselves at what they do. Practices right after school are stressful as it is, but sometimes the athletes stay for practices as late as 7:00 or 8:00 pm.

“Coach Zangriles really values relationships off the field with the players who are on the team and I think his sacrificing his own time to better the team is something we can all value,” Gregory said.

To all the guys playing football, working hard and improving their skills, thank you all for making the Grizzlies look amazing their first year with football. Continue doing great grizzlies.