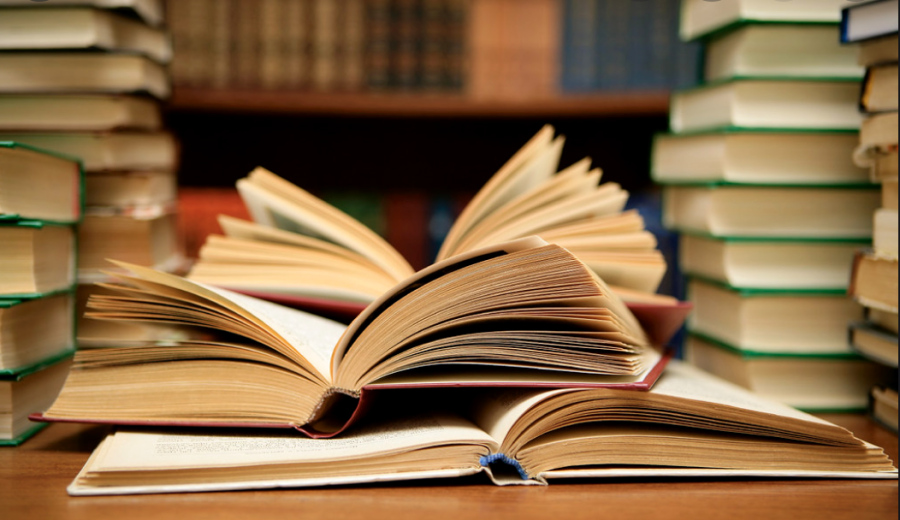 Books that have made history have recently been pulled from shelves for their “offensive and obscene nature,” causing both an uproar of rage and a massive following in support across the country.

As time has progressed, and the war against social and racial stratification continues, so does the conflict and controversy sparked by the inclusion and diversity of literature.

Written by Toni Morrison, the critically acclaimed classic “The Bluest Eye,” has been officially banned from all schools subsisting within the Wentzville School District. Published in 1970, is one of Morrison’s most well-known works that discuss racial discrimination, racism, gender, different forms of abuse, and Colorism. This work of literature has been accoladed for decades and has recently been reported indefatigably by outraged parents for its contents. “The Bluest Eye” criticizes and examines imperative social and societal issues that have remained prominent for centuries. This novel has been deemed by parents to have a “sexually explicit and obscene nature,” which they feel is inappropriate for students of the High School demographic.

Toni Morrison has received accolades of all variations, amongst a vast array of categories. Morrison was the first African American woman to receive the Nobel Prize for Literature in 1993 and was the 22nd decorated poet laureate of the United States. She was also awarded the Pulitzer Prize for her 1987 novel by the name of “Beloved.”  In addition to these honors, she was also bestowed with the Presidential Medal of Freedom, by the presiding President of the United States of America, Barack Obama. Morrison was one of the most proverbial and influential minority voices in Literature, through her compelling stories and compilations published throughout the duration of her momentous lifetime.

The recently ignited fury against Toni Morrison’s novel, “The Bluest Eye,” prevailed victorious on January 20, when the Wentzville School Board voted against the book, with a close tally of 4-3, causing all forms and versions of the novel to be removed from all schools within the District, due to parental complaints.

Although “The Bluest Eye” has received the most media attention, a plethora of books have been removed from schools and their libraries, limiting the access of multifaceted literature within educational environments, across the country.

Not only are books that discuss societal issues, but also horrific periods in history in which people have tremendously suffered, such as The Holocaust, have also been banned and taken from schools within the United States. Books that are also classics, such as “The Bluest Eye” have also been banned such as “To Kill a Mockingbird” written by Harper Lee, which also discusses similar issues that relate to racism and social discrimination. Within the school year of 2021-2022, there have been seven other books that have been removed thus far. These books include “Lawn Boy” written by Jonathan Evison, “Heavy: An American Memoir” penned by Kiese Laymon, “All Boys Aren’t Blue” composed by George M. Johnson, “Fun Home, A Family Tragicomic” dictated by Alison Bechdel, “Gabi, A Girl in Pieces” written by Isabel Quintero, “Modern Romance” written by Aziz Ansari, and “Invisible Girl” authored by Lisa Jewell.

While the alarming disapproval and resentment towards these books depicting situations and the reality many face is enormous, the advocates for them continue to reveal their support for not only the authors and their stories but as well as those that can assimilate with their experiences.

In accordance with the novel’s summary, this text “tells the tragic story of Pecola Breedlove, an African American girl from an abusive home. Eleven-year-old Pecola equates beauty and social acceptance with whiteness, and therefore longs to have ‘the bluest eye.”

The “harsh” topics that some feel are difficult to comprehend, are not a single occurrence and should not be treated as such by means censoring serious topics of which are endured regularly, thus limiting the education and self-views of students. The history of suppressing the voices of minorities and marginalized communities is continuing to be repeated throughout this oppressive and cyclical action.

Uniting around the country are advocates that disagree with the removal of these censored books that explore pragmatic situations. These individuals have organized groups, such as ACT, the acronym standing for Anti-Racists Coming Together, in order to protest these decisions made by School Boards that will not only impact their children, but the future generations to come that will be uneducated on different perspectives and existence, aside from their own.

Because of the decision made by the Wentzville School District to forbid this literary text from all of its existing schools, The American Civil Liberties Union affiliate in Missouri is to sue the District, due to the violation of the First Amendment Right of the Constitution that permits Freedom of Speech.

“It appears to be a serious First Amendment violation,” director of integrated advocacy at ACLU of Missouri Tony Rothert said.

Not only are disputes transpiring over the removal of books considered “controversial or too difficult,” but major discussion over the legal rights that are guaranteed under the law of the United States and the legal action that may ensue.

“Public school boards are not allowed to pull books from libraries, citing information on a 1982 case determined by the U.S. Supreme Court: According to Island Trees School District v. Pico, ‘the Supreme Court held over 40 years ago that local school boards may not remove books from school library shelves simply because they dislike the ideas contained in those books,” Rothert said.

By banning and removing books that deal with realistic dilemmas and situations with the attempt of “preserving” the innocence of younger generations, those who identify themselves with those portrayed feel rejected, invalidated and unwanted. Because those whose stories can assimilate with that of the author’s, they too are being told that they are undeserving of being heard or acknowledged, as well as being “too difficult or inappropriate.” Without multifaceted media within schools and institutions of education, the ability to learn and comprehend the experiences of others that differ from one becomes impaired, with both a privileged and distorted view.