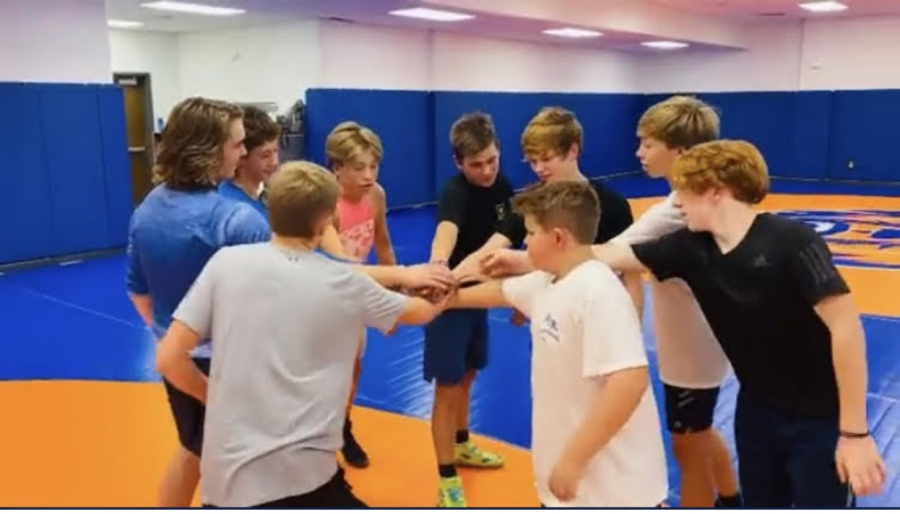 The boys wrestling team gets prepared for the winter season.

The North Point wrestling season hasn’t started just yet, but the team is already putting work in and starting early practices. The team has practice every day. At those practices, they work very hard mentally and physically.

“My favorite part about practice is the mental toughness it takes,” Elisia Clinton (’25) said.

The wrestling season is off to a good start and looks like it will be a very promising season.  The team has new young talent, who are trying it out for the first time, like freshman Ryan Dreiling.

“This is my first year wrestling and I’m doing it because my father did it in high school and middle school,” Dreiling said.

The wrestling team has lots of promising experience as well.

Caden Purler (’25) has been wrestling for eight years and is excited about the new season.

Carter Schimweg (’25) has been wrestling for six years and he is looking forward to having something to do after school.

“I look forward to meeting new wrestlers and my favorite part about practice is the mental toughness it takes,” Schimweg said.

Meghan Menke (’24) has been wrestling for three years and is also excited about the season and looking forward to tournaments.

“I joined because my family and friends recommended it,” Menke said.

“My favorite part of wrestling is that I know I’m bettering myself and the thrill I get when I touch my opponent,” Purler said.

Jackson Sapp (’23) has over a decade of experience as well.

“I like forward to wrestling in tournaments,” Sapp said.

Overall, the wrestling team looks like it will have a very good start, and lots of kids and teachers are excited and ready for a great season.  Wrestling is a sport that has been practiced and perfected for generations before and here, we look forward to continuing the practice and bettering the skills of the students here.