A first season to remember 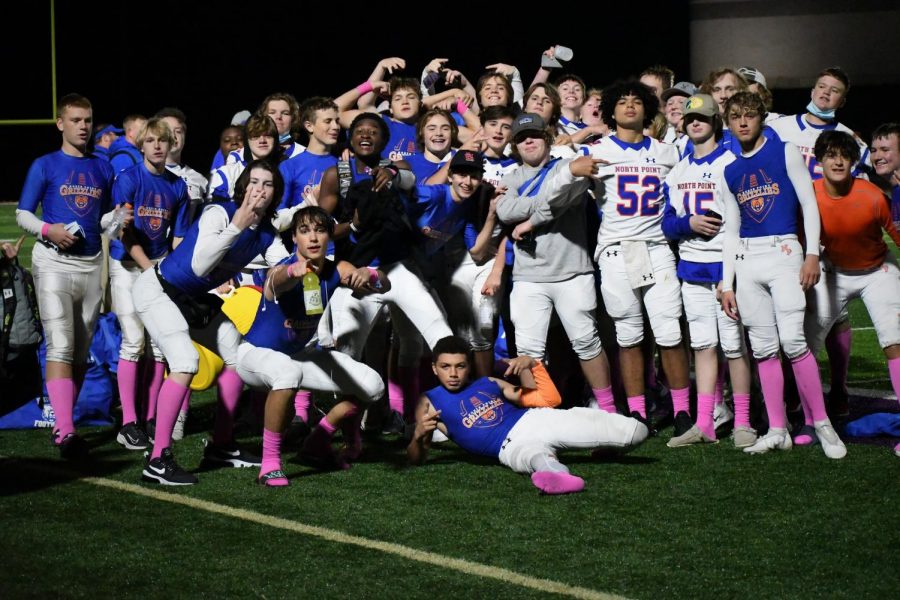 The 2021 North Point highschool football team after the loss to Troy.

The first football season was a season to remember. From the wins and losses, the big games and the fans, it was something to see. The program started in the summer with working every day to build a program from the ground up with brand new everything and working for three hours every day over the summer and after school to work to the first game against Montgomery County High where the Grizzlies take their first win in program history 32-6.

¨I feel like it went better than I expected,¨ Gabe McAffie (’25) said

With their heads held high going into the rest of the week in practice, the Grizzlies won their first-ever home game against Frances Howell North 30-6, which improved their record to 2-0 on the young season. The 2-0 Grizzlies would take on the Washington Blue Jays next, on the road. The Grizzlies took another win beating Washington 24-12 with a halftime comeback after being down 12-8 and improving their record to 3-0 for the season. Now, going strong on the season the Grizzlies faced Wentzville rival Liberty Eagles at the Den.

The Grizzlies took the win 8-0 with an early score and the defense held the Eagles to a shut out and with that win their record improved to 4-0. With a 4-0 record and a first season to remember, the Grizzlies traveled a long way to Mark Twain to take on the Tigers and with another dominant performance, the grizzles take the win. Winning by a score of 12-10 and 5-0 on the season, the Grizzlies take their first step into the world of varsity football and take on the Afton Cougars in the den and after a hard-fought game, the Grizzlies lost to the Cougars 40-32, going 5-1 on the season and 0-1 on the varsity level.

¨I will remember the Afton game,¨ Carter Briddell (’25) said