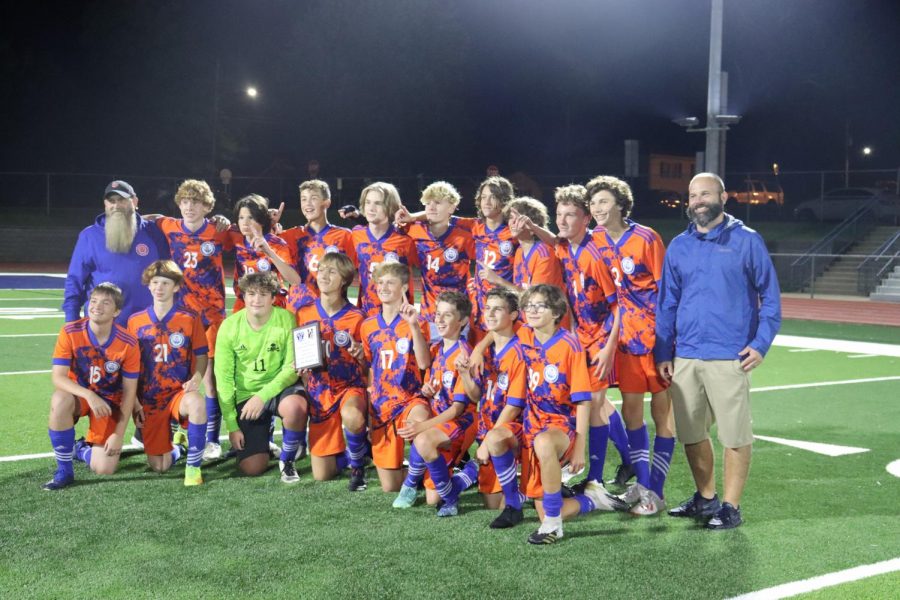 Last week the north point varsity soccer team won the first ever varsity tournament. Winning all their games and having to go against a strong affton team. After the first half both teams were tied 1-1 with a goal from Isaac Polman (‘24).

“It was exhilarating and gave the team hope that we could pull through and get the win,” Polman said.

After another half,  the team was still tied, which brought the team to overtime.

After 20 minutes of overtime, the teams were still tied and they went to penalties to decide a winner.

Alex lacke (‘25) took the first penalty and scored, giving the Grizzlies the lead. Af on answered back with a goal. With the grizzlies up by one after penalty goals from Brayden Ecklcelkamp, Alex Lacke, and Isaac Polman, the Grizzlies needed one save to win the game. All the pressure was on Josh Hirschbuehler and he made the game winning save.

The North Point Grizzlies had to beat out some really tough teams to win the tournament and take home first place.

“I was nervous at first, but I was really happy I made my penalty and happy about how our keeper did really well,” Brayden Eckelkamp (‘25) said.

The Grizzlies show really good potential and are ready for the future.