North on Point • May 16, 2022 • https://northonpoint.org/1906/sports/colin-lovelace-25-and-josh-hirschbuehler23-place-third-in-tennis-districts/ 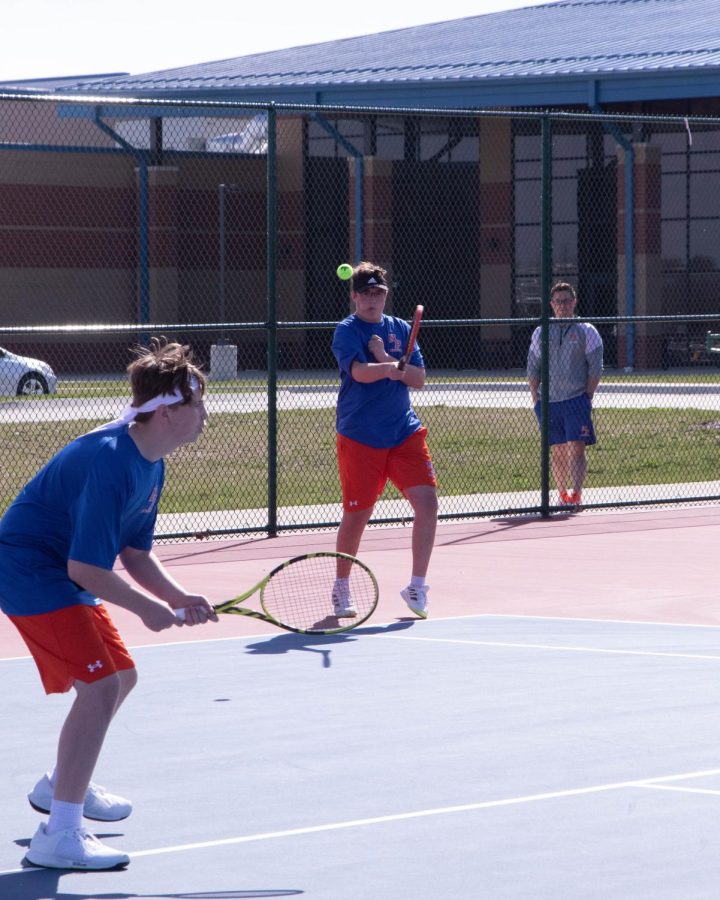 Colin Lovelace ('25) and Josh Hirschbuehler ('23) are the third place winners at districts.

During the school’s first year of being open, the tennis team has already brought a 3rd place victory to the trophy case. Congratulations to this year’s team. Hopefully, they can keep it going next year and for many years to come.

“I was not nervous at all,” Colin Lovelace (‘25) said. “I have played tennis for a while and have had practice with it in school”.

Since this tennis season has basically ended, it is time to think of what the year has left and what the team plans to do for next year’s team.

“We have a tennis banquet coming up, and we are planning on discussing what comes next for this team and how our season went as a whole,” Colin Lovelace (‘25) said.

Even while the tennis season is not going on, the tennis team is hard at work figuring out how they can become an even better team.

“I started playing tennis in Freshman year, but my season was one week long since school was canceled,” Josh Hirschbuehler (’23) said. “My first real game was sophomore year at Holt High school”.

The tennis team is so strong. There are members that have missed a full season because of the pandemic.

“I prefer playing in doubles because it is easier and it is awesome to pull off a play that you have been working hard on pulling off,” Josh Hirschbuehler (’23) said.

This young tennis team has a lot of potential for future years and seasons. Overall, great job to this season’s team for placing third in districts this year, and welcome to all of the new players that will be here next year.